A broken land. An ancient war. A reckless love. 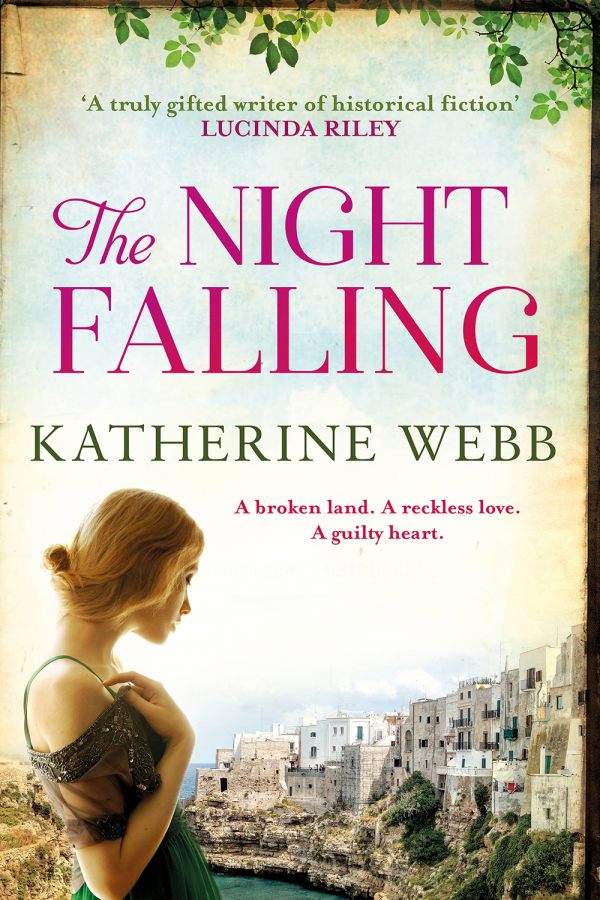 When Leandro Cardetta returns to Puglia from America a rich man, he is determined to make his mark. But how did he get so wealthy?

Boyd, a quiet English architect, is hired to build Leandro's dreams. But why is he so afraid of Leandro, and what really happened between them years before?

When Boyd's wife, Clare, is summoned to Puglia, she is instantly desperate to leave, but soon finds a compelling reason to stay.

And Ettore, starving, poor and grieving for his lost fiancée, is too proud to ask his Uncle Leandro for help. Until events conspire to force his hand.

Tensions are high as poverty leads veterans of the Great War to the brink of rebellion. And under the burning sky, a reckless love and a violent enmity will bring brutal truths to light . . .

The very first inspiration for this story came from an old photograph I found in a junk shop - you can see it in the Gallery on the About page. It's of some ragged peasants, walking along a street of strange, conical stone houses the likes of which I’d never seen before. My first thought was that it could have been taken in South America – the picture was dated 1920, but the dwellings and clothing looked so primitive and old fashioned. But I soon discovered the picture was of Alberobello, now a UNESCO world heritage site, in Puglia, Southern Italy. Immediately, I wanted to know about those strange houses and those impoverished people with their dark colouring and stained, faded clothing.

So I began to do some research. I lived in Venice years ago, working as an au pair; but I’d never been to the south of Italy. I’d heard about the north-south divide there, but nothing prepared me for the levels of poverty the south had experienced in such relatively recent years. Dominated by an antiquated system of land ownership called latifundism, the agricultural peasants in Italy’s ‘heel’ were subject to a truly astonishing lack of rights and means, and often lived and died in abject poverty. This of course led to unrest, and I was immediately fascinated to find out that in the years just before the fascist dictator Mussolini came power, the socialist worker’s movement had, by sweat, toil, strikes and violence, managed to establish a precarious new order for themselves.

I knew at once that this was when I wanted to set my story – at the exact moment when these tentative gains for the working men were about to be violently reversed. The tension must have been incredible – the simmering resentment, the desperation of seeing hard-fought progress undone. It was hard to imagine this all happening in Europe as recently as 1921 – the vast majority of a population being repressed by landowners in an almost feudal system, in a hot, dry area where often even the water had to be bought. As well as having a central character, Ettore, who truly embodied this time and place, I also wanted to bring in outsiders, and see their reactions to this alien and volatile region.

Enter Clare Kingsley, an English woman who has lived a very sheltered life, and always been looked after. She’s shy, and she has hidden from herself, and from the world, within her marriage to the emotionally fragile Boyd. She is wholly unprepared for the tumultuous and dangerous environment in which she is set to find herself, and the experience will change her – and her whole life – forever.

In this era many people emigrated from Puglia in search of a new life in America. A few of them came back. I also wanted to write about one of these returnees – how strange and hard it must have been to return to such a difficult home; what tough and determined people they must have been. And what would a born and bred New York City girl make of her new home, if she came back married to one such man? Leandro Cardetta and his wife Marcie were born, and straight away things were tense between the two of them, and between them and their surroundings.

So I had my characters, and I had the setting for a story that hinges on conflict and betrayal; on people being forced to change their world view and adapt to new realities, and the lengths to which this might destabilize them. It’s about the dangers, fears and exciting possibilities of opening your eyes to a world you never knew existed; and it’s about the strength and the weakness people are capable of. It’s not always a happy story – but one set in such a wild time and place never could be. I hope it’s like the Puglian landscape itself: hard and unforgiving, but beautiful. 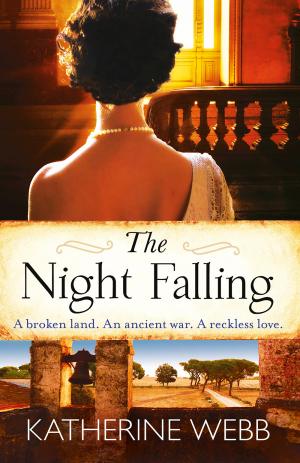 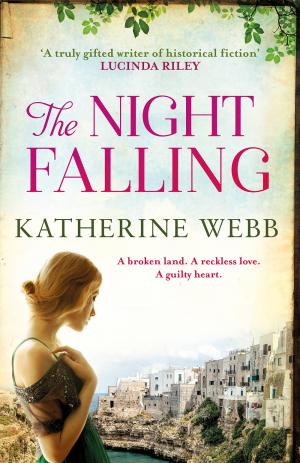 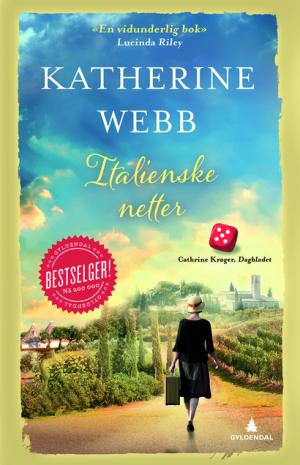 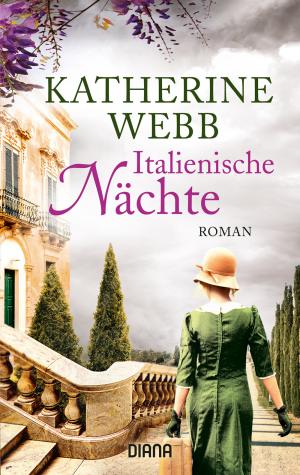 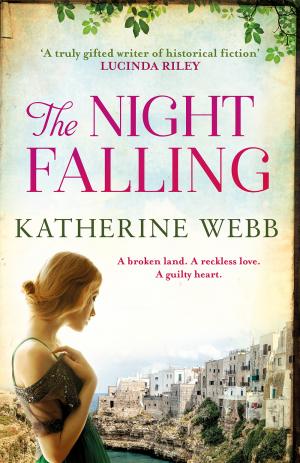 Reviews for The Night Falling

'I highly recommend this book, it's one of the best stories I've ever read.'

'Haunting and atmospheric, the story and the characters stayed with me long after I'd read the final page.'

'The overlying theme is the haves and the have nots, the poverty of some and the wealth of the few, the harshness of the reality of war and the everlasting consequences. And throughout this a love story, and not just with the lyrical descriptions of Puglia. Katherine Webb has been inspired by real and actual events and the attention to detail is outstanding. A must read.'

'Lyrical and evocative, this is a thought-provoking historical romance.'

'It's littered with conflicts - part love story, part social and political drama, but these factors make for an exciting and unpredictable read.'

'This unlikely romance is set in 1920s Italy ... tension mounts as Clare becomes embroiled with Cardetta's family ... The threat of violence is never far away but nothing prepares you for the final revelations.'

'...I found it absolutely enthralling, and a guaranteed contender for one of my reads of the year. I can’t praise this book highly enough – the sheer emotional power of the writing left me reeling. Everyone should buy, beg, steal or borrow a copy – you won’t regret it.'

'...you will become thoroughly immersed in its characters and setting, and the closing sequence is a stunner. This is mesmerising and compulsive reading, and most highly recommended.'

'Her words gently beckon and her storytelling draws you in; you want to follow where she leads, delighting - and occasionally shuddering! - in the sights and senses of the journey that results. This novel showcases those skills brilliantly as we switch from worlds of luxury and opulence to scarcity and desperation... This is a complex story which will speak to readers of all kinds of fiction. If you value skilled storytelling and evocative writing which can be savoured and lingered over, this book is for you.' 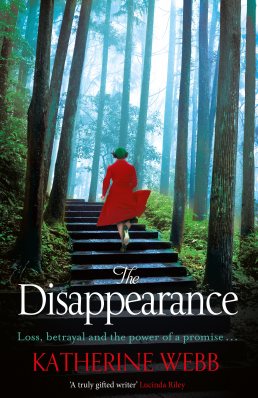 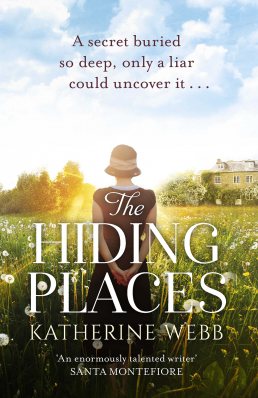 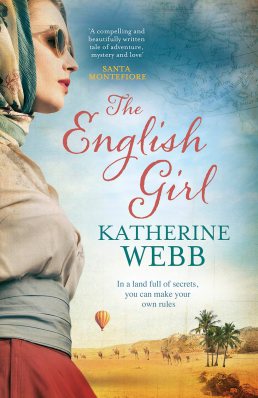 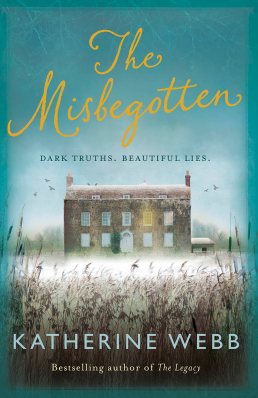 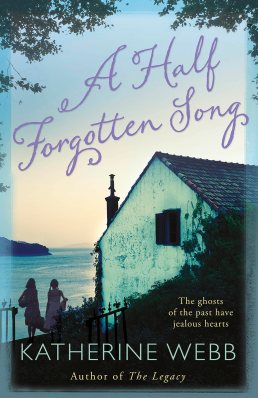 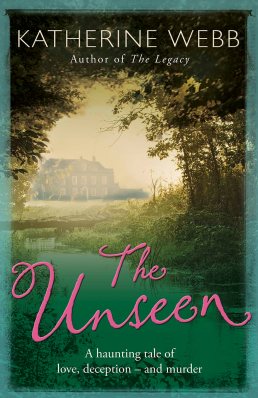 The Unseen
A haunting tale of love, deception – and murder. 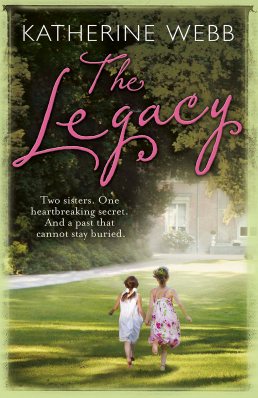