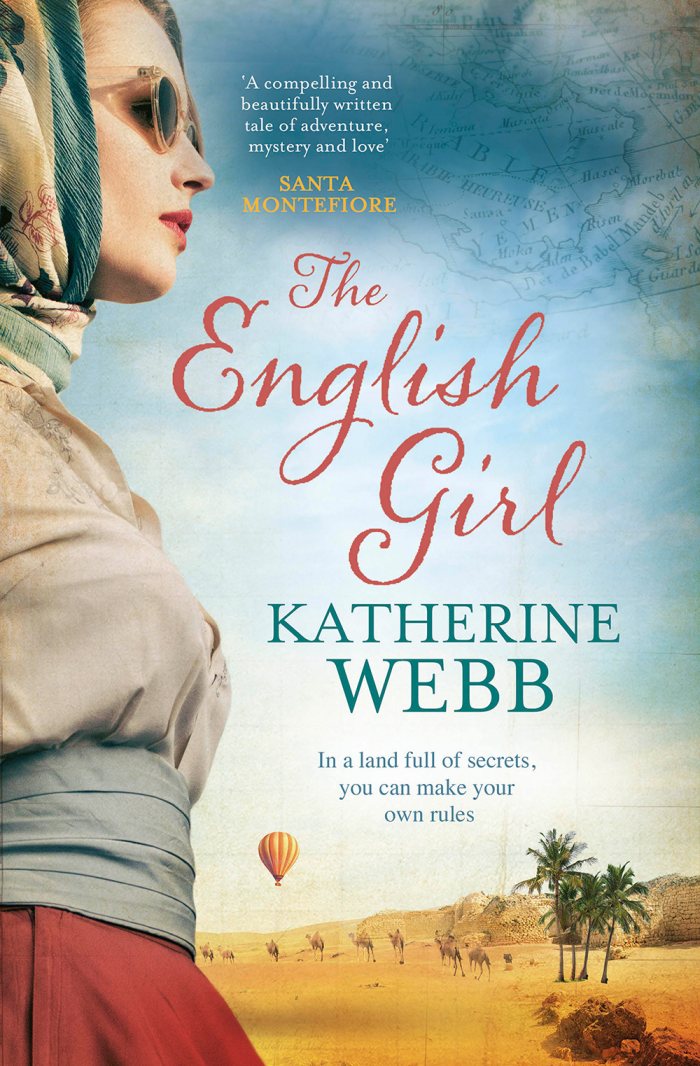 Tell us a little bit about your writing process – is there a certain time of day when you prefer to write or particular place you like to be?

I’m definitely more productive in the mornings. Once the novel is underway, after several months of thinking and researching, I try to write ten thousand words a week until I have a completed first draft - which usually shakes down at about two thousand words a day at least five days a week. On a good day, this will be done by lunchtime, and I have the afternoons to do any additional research or planning. I far prefer to be at my own desk for work. I have the world’s most comfortable chair, and my work station is set up with the screen at the right height, and the key board in the right position etc. It’s so important not to get distracted by being uncomfortable! Plus, an interesting change of scene, or any possibility of people watching, is just a distraction.

Do your novels start from an idea about a character, plot, setting or do they all come to you at once?

It does vary from book to book, but usually a novel will start with a character in a particular setting - which gives me the era and the place, straight away. The plot then grows with time and research, and the other characters come along to join the early ones. With The English Girl, however, the book began with a kernel of plot. I’d wanted to write about the pull of the desert for quite some time, and why some people from entirely different cultures are so drawn to it. I find the era of early exploration very interesting, and I wanted to write about what drove people to put themselves in such terrible danger, just to be the first to have been somewhere or seen something. I read a biography of Gertrude Bell years ago - more about her below - and I was outraged that I’d never heard of her, when she had done such amazing things for a woman at that time, and that she has been largely forgotten, when everybody has heard of Lawrence of Arabia. The two of them were good friends, but I began to wonder what might have happened if they hadn’t been. If they’d been rivals, or bitter enemies, or had had a love affair… So, with this half-formed plot idea, I went in search of my characters and my setting. Not my usual modus operandi!

The Oman you create leaps off the page, it feels so visceral and real, particularly during Maude’s expedition across The Empty Quarter. Did you visit the Middle East to get this authenticity or was it done purely through imagination?

I did visit Oman prior to writing the book. A lot can be gleaned from books - particularly first hand accounts written by people who were actually there at a certain time - but I think you only get a true feel of the spirit of a place by actually going there. This was particularly true with this novel, since I was writing about the essence of the desert, and the effect it can have on a European mind. I think it was crucial that I had been to the Empty Quarter myself, and discovered what effect it would have on me. I camped out in the desert for five nights, and it is an incredibly beautiful, peaceful, pitiless place. I visited most of the settings that appear in the novel, but, of course, I couldn’t visit them in 1958, or in 1912, so there was also a good deal of imagination involved. There were some places I couldn’t visit though - Fort Jalali, for example, which is now a military building - so I had to rely on other people’s reports, and on my imagination.

Your novels always have historical settings, even if it’s only for certain parts. Does this always mean rigorous research before you start to write?

Yes, definitely. Sometimes, that’s the part of writing a novel I enjoy the most! The historian in me loves to learn about events and places I didn’t know much about beforehand. I want readers to feel assured that, whist they are reading a piece of fiction, they are also learning something about the real history of my setting, both in terms of place and era. I read as much as I can on my subject, and try to find first hand accounts wherever possible. I also read novels written at the time, to try to pick up patterns of speech and vocabulary. Obviously, there are times where the needs of the story take precedence, and historical fact has to be tweaked slightly to fit. Even in these places, though, I try to ensure historical plausibility, if not accuracy! Overall, wherever my story coincides with actual historical evens, I want to recreate those events as faithfully as I can.

You weave pieces of and facts from history into your stories so intricately that reading them, they feel very from the time and authentic. Do you find this relatively simple to do having written six novels or is it a conscious effort?

It’s definitely a conscious effort, but not an onerous one! During my research, whenever I find a small fact or happening that grabs my attention, or that I find particularly interesting, I make a note of it and consciously look for a place to put it, as I write. Sometimes it can be a tiny thing - some small habit people had at the time, or a tidbit of information - and if I’ve got to the end of the book without putting it in, I’ll go back in search of somewhere to use it! It’s fun, and I think it’s the little details that really help to bring a historical setting to life. On a broader scale, the course of historical events will also dictate and shape the story, as I am researching it. I tend to shape my stories to the real history, not than the other way around.

Was your choice to set the novel in the Middle East a product of the story or vice versa?

This story was always going to be a desert story, and I knew straight away that that meant a Middle Eastern desert. I played with the idea of Egypt and the Sahara for a while, but I kept coming back to the idea of the Arabian desert. I didn’t know anything about the history of southern Arabia before I started researching it, so I wasn’t sure it would fit with the story I wanted to write — I needed there to be a British presence, and a history of exploration. Of course, as soon as I began to read about it, I discovered that Oman was perfect. So the story, as it finally plays out, was a product of its Middle Eastern setting.

Maude Vickery is an incredibly strong, fiercely independent pioneer who was an inspiration to Joan. Was her character based on anyone in particular?

Maude was inspired by (but not truly based upon) Gertrude Bell, who was a female explorer of the Middle East and the levant in the late Victorian and early Edwardian eras. She was an incredible woman, a pioneer in the exploration of many of these areas, and became more knowledgeable about the politics and peoples of the region than any other European. She never married, but dedicated her life to travel, study and diplomacy. She was good friends with T. E. Lawrence, better known as Lawrence of Arabia, but although history has made a myth of him it has all but forgotten her. It was acknowledged at the time, by Lawrence and others in the Foreign Office, that the success of the Arab Revolt, during which Lawrence made his name, owed a lot to Bell’s maps and knowledge of the tribes and their sheiks. She was fiercely independent, highly intelligent and frequently very rude - traits I borrowed for Maude Vickery, as a kind of homage to Gertrude!

At the beginning of the novel, it appears as though Maude is the doer, Joan is the dreamer – is this how you view the characters?

Yes. Or rather, that is how they view themselves, at the beginning of the novel. Joan dreams of ‘doing’, but actually hadn’t yet done much at all in her life. Maude talks as though she does just as she pleases and also has, but as the novel progresses readers might find that the reality is somewhat different. Similarly, once the rug of her conventional life has been pulled out from under Joan’s feet, she discovers that she’s more of a doer than she ever thought possible - with mixed results. Self-awareness, and acknowledging unavoidable truths, are key themes of the novel.

A Sudden Country by Karen Fisher

The Shadow Hour by Kate Riordan

The Olive Tree by Lucina Riley

Win a selection of Christmas treats

Christmas is one of my favourite times of the year and I'm already feeling full of Christmas spirit! So, I'm…

Dear Readers, this year it doesn't feel quite right to post a simple 'Happy Christmas', so let me wish all…

'As usual, Webb's writing was wonderfully emotive and descriptive, and the novel hooked me in from the beginning. I absolutely…